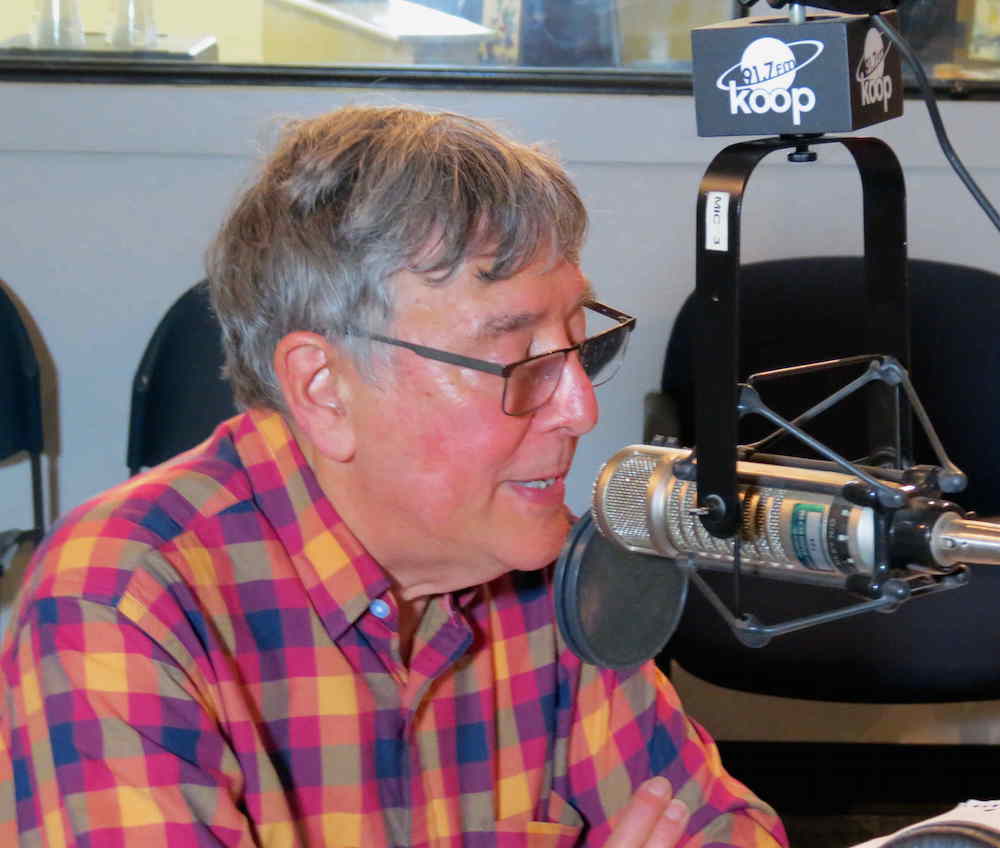 Thorne Dreyer's guest on Rag Radio is Elliott Naishtat. Naishtat -- a progressive Democrat who held the District 49 seat in the Texas House of Representatives from January 1991 to January 2017 -- is an Austin-based member of the Texas Holocaust and Genocide Commission. The mission of the Holocaust Commission is "to bring awareness of the Holocaust and other genocides to Texas students, educators, and the general public by ensuring availability of resources, and in doing so imbue in individuals a sense of responsibility to uphold human value and inspire citizens in the prevention of future atrocities."
January 27-31, 2020, is Holocaust Remembrance Week. The United Nations General Assembly designated January 27 -- the anniversary of the liberation of Auschwitz-Birkenau -- as International Holocaust Remembrance Day. On this annual day of commemoration, the UN urges every member state to honor the six million Jewish victims of the Holocaust and millions of other victims of Nazism and to develop educational programs to help prevent future genocides.
During his work in the Texas State Legislature, Elliott Naishtat focused on health and human services issues, particularly the needs of low-and moderate-income people. He was a founding board member of the House Progressive Caucus. He was reelected 12 times and passed 330 bills during his 26-year career in the Texas House.
Above: Elliott Naishtat at the KOOP studios in Austin, January 24, 2020. Photo by Roger Baker / Rag Radio.
Rag Radio is produced in the studios of KOOP 91.7-FM, an all-volunteer, cooperatively-run, solar powered community radio station in Austin, Texas, in association with The Rag Blog and the New Journalism Project, a Texas 501(c)(3) nonprofit. It is streamed live on the Internet at KOOP.org and Radio Free America. The host and producer of Rag Radio, Thorne Dreyer, is a prominent Austin-based activist and writer who was a pioneer of the ’60s underground press movement. The show’s engineer and co-producer is Tracey Schulz and the staff photographer is Roger Baker; Suzy Shelor is Rag Radio associate; Alice Embree is guest host; Glenn Smith and Roy Casagranda are our political analysts, and Evan Hearn is the Rag Radio apprentice. The syndicated show is broadcast (and streamed) live Fridays, 2-3 p.m. Central) on KOOP, and is later rebroadcast and streamed on WFTE-FM in Mt. Cobb and Scranton, PA., on Houston Pacifica's KPFT HD-3 90.1, by KKRN, 88.5-FM in Round Mountain,  CA, and at WALHRadio.com in Wilmington, OH -- and as a featured podcast at Veterans Today. Learn more about Rag Radio here.
Running time: 54:31
Contact:  ragradio@koop.org.